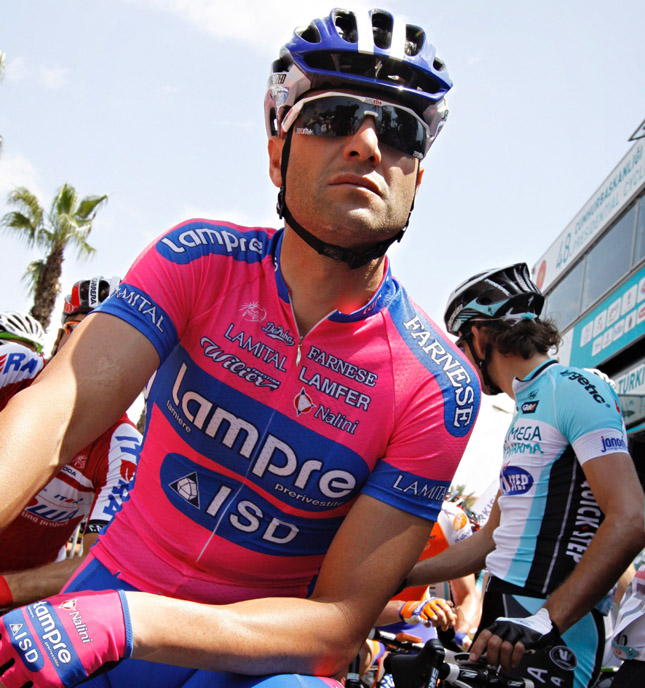 In the 2nd stage of Bayern Rundfahrt (195,6 km from Penzberg to Kempten) Petacchi could not repeat yesterday victory. An attack that began at 45 km to go, on the climb of Knottenried, allowed Rogers (Team Sky) to win the stage, preceding the other 5 breakaway mates (among them the team mate Siutsou). The bunch reached the arrival after 23″ and Petacchi (photo Bettini archive) won the sprint, obtaining the 6th final place. Rogers is also the new leader of the overall standing.

“In the first part of the stage, the situation was good for our team, since there were three escaped riders and we could control them quite easily - Vicino, Lampre-ISD’s sport director, explained - Then, we passed without troubles the first climb, but on the second one Tean Sky attacked in two riders and we could not complete the chase”.

This entry was posted in Bayern Rundfahrt. Bookmark the permalink.