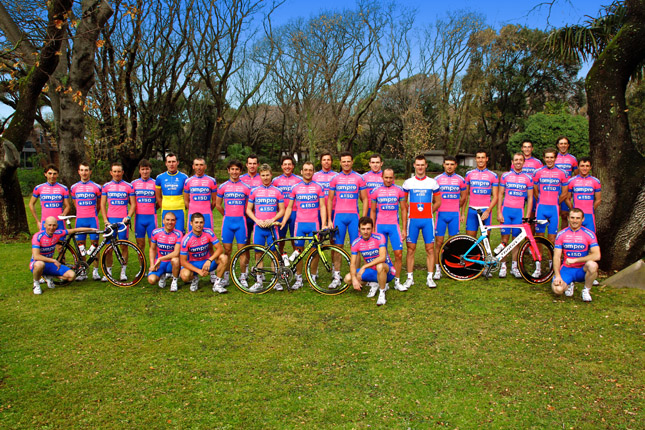 After Eneco Tour, World Tour will move to Spain, where Clasica San Sebastian will take place on 14 August.
Lampre-ISD, that will be directed by Roberto Damiani, will have as captain for the Basque race Damiano Cunego, who’ll be back to competitions one month later than the last race (Gp Città di Arona).
In the blue-fuchsia team there will be also Anacona, Cimolai, Kvachuk, Marzano, Niemiec, Possoni and Ulissi.

Cunego will try to change a tradition that until now has not allowed him to obtain top results in Clasica San Sebastian: he’ll rely on a top quality team and top team mates, such Ulissi, whose condition is increasing and who could be competitive in such demanding course.
Possoni too is in a good shape, since he trained in a specific way that could bring him to be very competitive in the main races of the second part of the season.
Niemiec and Marzano will be important in the passages in Jaizkibel, while Cimolai and Kvachuk will be useful in order to try to join breakaways or to support the team on the plane.
It will be interesting to evaluate the impact of the young Anacona in a demanding race as Clasica San Sebastian is.

This entry was posted in Clasica San Sebastian. Bookmark the permalink.