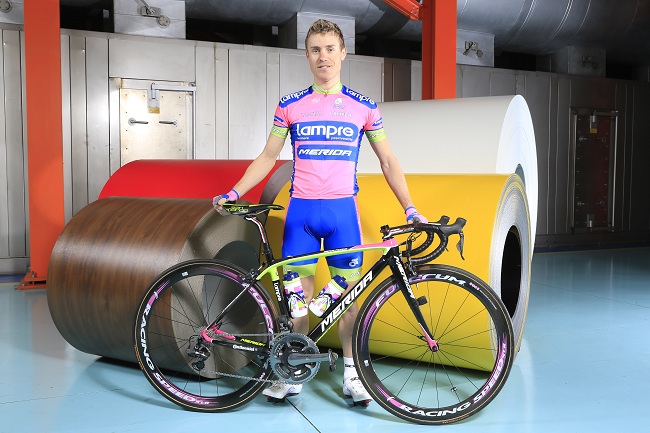 After the debut in Africa, South America and Oceania, LAMPRE-MERIDA is ready to ride the European. The appointment will be Challenge Mallorca, a kermesse that consists of four racers: on Febraury the 3rd Trofeo Palma, on February the 4th Trofeo Campos Santanyì Ses Salines, on February the 5th Trofeo Serra de Tramuntana and on February the 6th Trofeo Playa de Muro.

In Balearic Island, Cunego will come back to races 120 days after his last appearance in Giro dell’Emilia 2012. Also for Niemiec Challenge Mallorca will be the seasonal debut.

“The season for the team began very early, but I preferred to posticipate the first race in order to plan a longer program of tranings - Cunego explained - Following Michele Bartoli’s indication, I performed very good trainings, so I’m ready to taste again the feelings of being in the bunch”.

The team will be directed by Piovani and Maini, with the support by mechanics Baron, Bortoluzzo, Carminati and Pengo, masseurs Bertolone, Bolzonaro, Del Gallo and Della Torre and doctor Pollastri.

In photo, Cunego in the photo shooting that was performed by Bettini pool in Lampre factory.