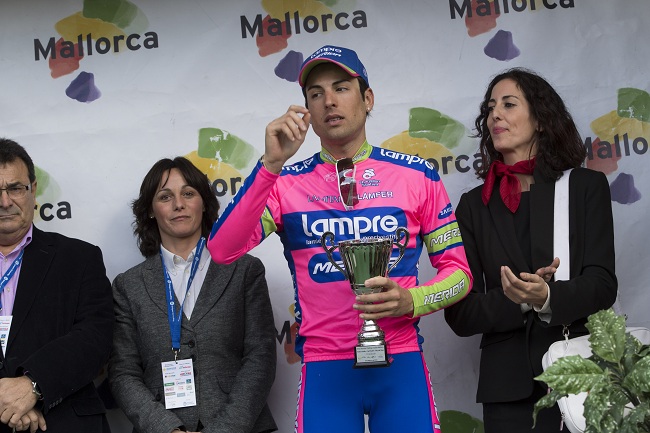 Mallorca roads seem to excite Davide Cimolai.
The young gun from LAMPRE-MERIDA, after a long breakaway on Tuesday in Trofeo Deià, today too attacked in the early part of the race with other 12 cyclists.
Team Movistar controlled the breakaway and pushed hardn in order to neutralize it in view of the final part of the stage, when the selection in the peloton became quite heavy.
Only 40 riders were left to pedal in the head of the race and among them there were Cimolai, Niemiec, Ulissi, Malori and Cunego.
Then, a new selection were performed and so only 25 cyclists could take part in the sprint for the victory: Cimolai was again there and he obtained the 3rd place, behind Howard and Wynants.
The Italian athletes was awarded as the best fighter of the race (photo Biondi/Bettini).