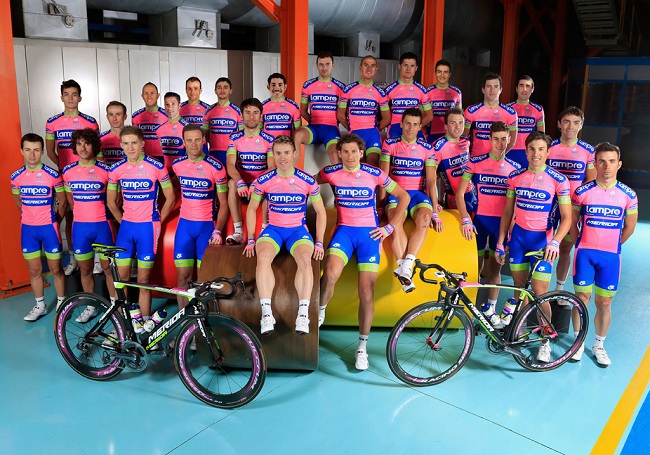 Paris-Roubaix, that will take place on Sunday 7 April, will be the last chance for LAMPRE-MERIDA to make positive the balance of its experience in 2013 Northern Classics.

Filippo Pozzato will be the captain of the team and he’ll have the opportunity to rely on the support by Massimo Graziato, Elia Favilli, Andrea Palini, Alessandro Petacchi, Maximiliano Richeze, Davide Viganò and Luca Wackermann.

“Paris-Roubaix is a very demanding and selecting race, the group of the pretenders is limited - Pozzato explained - I focused the early part of the season to three targets, Sanremo-Flandres-Roubaix: I’ve got the last chance to be protagonist, after that I did not hit the targets in the first two appointments. Of course, I’ll need to be more competitive than past Sunday, because Paris-Roubaix must be approached with energies and clear mind”.

Tomorrow, Friday 5 April, the 8 LAMPRE-MERIDA cyclists will train on the most important sectors of the race: starting from the sector n° 19 (Haveluy à Wallers, -104.5 km), the blue-fuchsia-green riders will cover all the other sector to the 4th (Carrefour de l’Arbre, -17 km). Pozzato and his team mates will pedal on Merida Rida, new frame that the Taiwanese company designed for Paris-Roubaix and that is suitable for all the Northern Classics. The flexibility of the chain stay and the elastomer set on the fork allow the best comfort on cobblestones, while the design of the frame will allow the bike to be reactive on the normal roads.

This entry was posted in Northern Classics. Bookmark the permalink.