Behind the scenes of Rui Costa victory in Switzerland 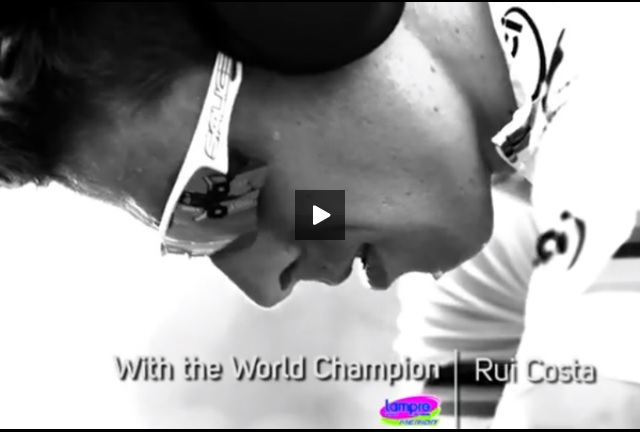 Message for all the cycling fans and the supporters of Team LAMPRE-MERIDA and Rui Costa: exclusive opportunity for living with the world champion the third victory in a row in Tour de Suisse.

Thanks to a movie that was produced by Merida Bikes (co-sponsor and bike supplier of the blue-fuchsia-green team) you can imagine to be a member of the team and to see what happened behind the scenes in such important race as the Swiss race is.

You could also discover the new frame Merida Reacto Kom, that was used by Rui Costa on Swiss roads.

A preferential point of view and an exclusive pass is offered by this movie: http://www.teamlampremerida.com/en/videos/dietro-le-quinte-con-rui-costa-produzione-merida/

This entry was posted in Tour de Suisse. Bookmark the permalink.

After the withdrawal by Modolo, LAMPRE-MERIDA had the confirmation that it can rely on another fast Italian rider. He’s Davide Cimolai (photo Bettini): one stage to familiarize with the important … Continue reading →

Exciting day today at the Tour de France in the 3rd stage, the Cambridge-London of 155 km. Stage characterized, as often happens, from immediate attacks of brave athletes, today with: … Continue reading →

The second stage of Tour de France was depicted as a “little Liege-Bastogne-Liege” and actually it revealed to be like this, thanks to the many short steephills that selected quite … Continue reading →